Please enter your username or email address. You will receive a link to create a new password via email.

Our region is now the window to the country’s financial viability, should the powers that be fail to be very careful manoeuvring through our immediate & short-term challenges & if they fail to implement prudent vision of our country’s economic, resources & human sustainability, everything is on the line.

The following is listed in priority order:

“It’s time we put the people before the possums”

From Nowra in the North to Merimbula in the South, last winter’s trading has been quoted the poorest trading winter in 25 years & add to this the current disaster. Decisions made today & over the next short period will set our country in one of two directions. I pray we listen softly to the noisy minority & heed the quiet majority, the quiet majority is extremely agitated. Is this a window full of opportunity? Let’s make Australia great again. 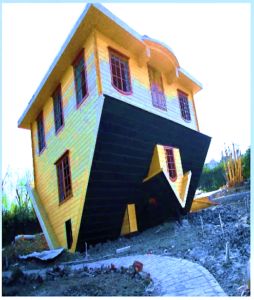 The way we negotiate business in real estate is about to change. A real estate company called Beaches and Bush Properties is turning the real estate process on its head!

Proud to be one of the most searched real estate companies online in Australia, Beaches and Bush Properties’ head office is located in Batemans Bay, South Coast of NSW.

Beaches and Bush Properties markets coastal and rural properties regarded as ‘Lifestyle Living’ Australia-wide. “With this in mind, we do many things differently and one is by listening closely to our clients’ requirements. We are a real estate company that doesn’t just sell properties, we are privileged to be introducing people to a change in their lifestyle,” says general manager Milton Leslight.

“Our aim is to give the power back to our clients. If that means disrupting the market, then so be it,” says Mr Leslight. He added, “Never before has one real estate corporation offered all 3 options to the property seller. Our 3 selling options, DIY, FIXED FEE & VIP, are specifically designed to cater to the needs of varying property owners. DIY is a do-it-yourself option, or a ‘for sale by owner’ service, additionally the DIY-Assist is an extra service which is proving very popular. Our Fixed Fee option, allows our clients to save up to 50% on our agent’s commission, while the VIP option, better known as the Very Important Property option offering a full 5-star marketing package.

To add to this impressive array of services, the organisation assists with conveyancing, pest & building inspections, mortgage brokers, removalists, connections and disconnections of multiple utility providers. All these services are available to assist clients through the entire process. After years of analysis, the company is confident the Australian market will embrace the change and they have ambition to take the concept global.

Mr Leslight said, “We will continue to put our best foot forward always in the best interests of our clients. We are currently establishing branch offices and mobile representatives nationally to offer these exciting options to all Australians and all property types including city living. This initiative is very exciting and innovative for the industry.”

“What we are doing is completely new in offering a multi -faceted method of marketing property. While we take pleasure in assisting our customers acquiring their dream home, we also donate to a special fund for the homeless in our society, by contributing a certain amount from every sale. We will continue to focus on the best interests of our clients and customers.”

For more information, you can download the Beaches and Bush Properties app on your mobile device, see links below, where you will be able to search for lifestyle properties throughout Australia. For employment opportunities, email us on careers@beachesandbush.com.au. 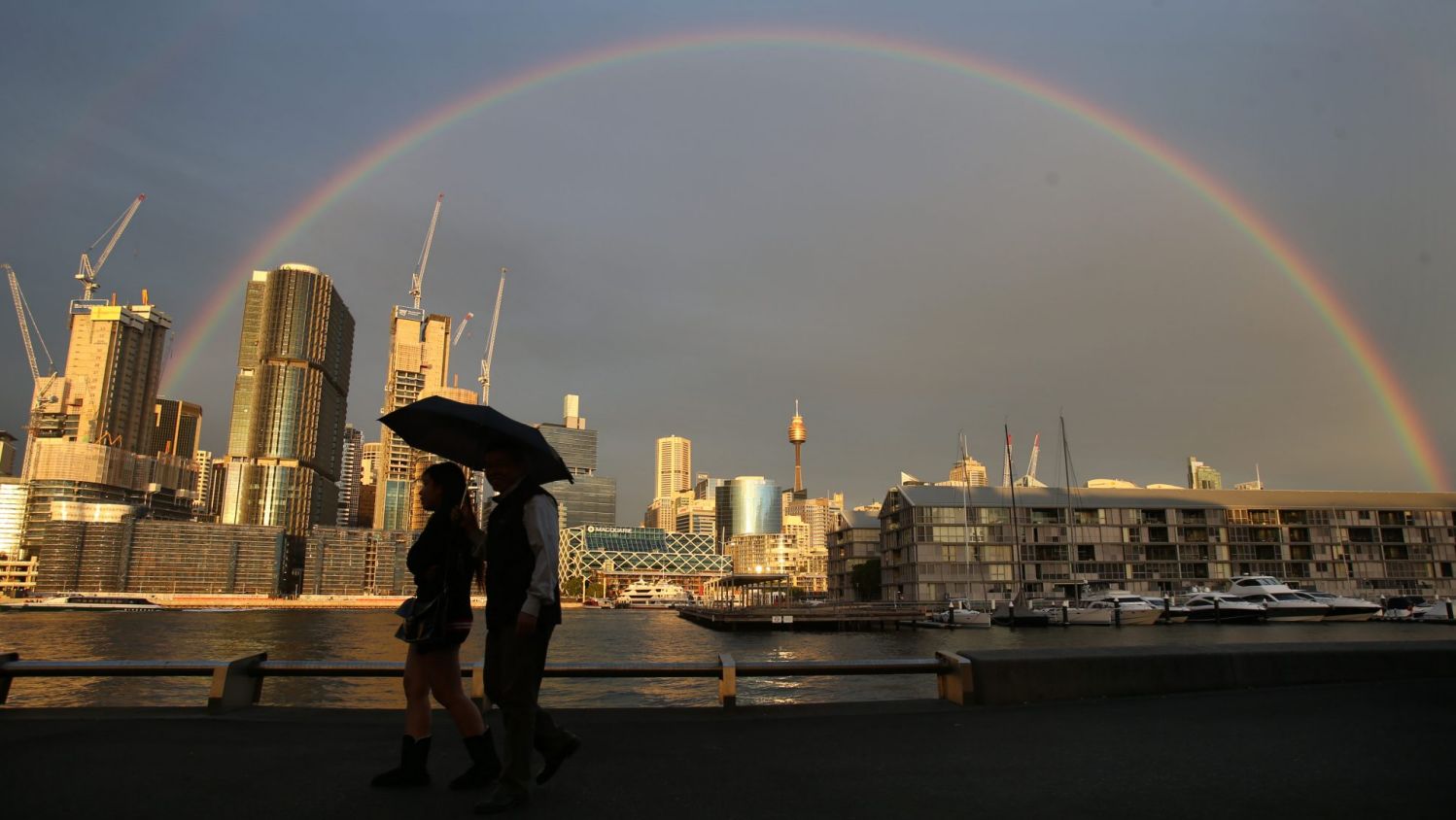 Principal of Beaches and Bush Properties, Milton Leslight reccomends this article regarding the market overview.

Confidence in the Australian property sector has hit a fresh record high, according to the latest ANZ-Property Council survey, as states continue to overtake NSW as it falls from high levels.

Strong overall optimism was expressed in the latest survey of more than 1000 property industry professionals, with weakness recorded in NSW residential price expectations but positivity in future construction prospects and commercial property.

All states except Queensland now outrank NSW in terms of local property optimism, and South Australia has toppled Victoria to be the most optimistic.

ANZ head of Australian economics David Plank and senior economist Daniel Gradwell pointed to a convergence of the states as helping to lift the index to a fresh high.

“The ANZ-Property Council Survey for the June quarter gives very positive feedback on Australia’s property sector,” Mr Plank and Mr Gradwell wrote in the report, adding “the convergence in optimism across the states remains a highlight”.

“It is the first time since the survey commenced that the states’ optimism has been so well aligned, let alone at such a high level.”ANZ economist David Plank

“It is the first time since the survey commenced that the states’ optimism has been so well aligned, let alone at such a high level.”

While rising general confidence across the states was noted, the sector breakdown reveals points of strength and weakness.

Mild national improvement in residential property price expectations are reported, with the exception of NSW, where 11 per cent of respondents expect house prices to fall in the next 12 months.

“We believe that the worst of the price falls are now behind us, Sydney included, and expect to see prices nudge higher, albeit only marginally, toward the end of this year,” the economists wrote.

Retail property posted a “very weak” result, with only 2 per cent of respondents expecting prices to rise over the next year – down from over 40 per cent this time last year.

But commercial property expectations, aside from retail, remain strong, the report showed.

“The NSW government performance index is also at its lowest point since June 2014,” Ms Fitzgerald said.

“The release and implementation of key planning reforms over the next six months, including important housing codes and a strong state budget, should contribute to halting this slide.

“Now that we are in the midst of an election year, the upcoming budget will be important to send a message to the industry.”

At the same time, ANZ economists have also boosted their national property price expectations to forecast a 2 per cent gain this year and 4 per cent lift next year.

The bank sees delays to Reserve Bank interest rate hikes as a key driver of house price growth, but sees a potential hike in 2019 as a “slight drag on that year’s prediction”.

Standing at odds with other economists

ANZ’s latest forecast stands at odds with several other economists, with AMP chief economist and head of investment strategy Shane Oliver predicting a 5 per cent fall this year from Sydney and Melbourne house prices.

UBS economists, meanwhile, have repeatedly voiced concerns over the regulatory response to the banking royal commission, which could see access to mortgage finance dry up and negatively affect house prices.

Morgan Stanley strategists have said they are “cautious on the outlook for not just housing, but the broader economy in 2018”.

The Batemans Bay property market has always attracted Canberra buyers, but now we are seeing interest from Sydney buyers too.

Local Real Estate Agents are estimating that approximately twenty-five percent of the interest in the market is coming from Sydney.

House prices around the area rose 13.4 percent in the twelve months to June 2017. There was also a 14.3 percent increase in house rental prices in the past twelve months. This has bolstered investment interest in the area.

If you are looking at selling or buying real estate in Batemans Bay or surrounding areas then give the team at Beaches and Bush Real Estate Batemans Bay a call.

The Residex December 2018 Report ranked Batemans Bay as the third best prospect for price growth to 2025.

The Report identifies 109 suburbs throughout Australia that are the most likely to deliver above average growth to 2025.

Batemans Bay has an anticipated 8.29% growth per year over the next eight years, and, came in third position nationally.

The median house value in Batemans Bay is  $ 400,000 with an expected annual average growth of 2.57 percent.

If you are interested in selling or buying real estate in Batemans Bay or surrounds then give the team at Beaches and Bush Properties a call.

We are the only Real Estate Agency in Batemans Bay that is open Seven Days a week.

We offer the vacant land or with dwellings of all kinds i.e. residential, rural, heritage to historic homesteads. Our Head Office is in the South Coast Eurobodalla Region of NSW, reputed to be the most temperate climate on the Australian coastline. This area is also known as The Nature Coast.

Beaches and Bush Properties Head Office is located on the harbour at the entry of where the Clyde River meets the Tasman Sea. The boating facilities for fishing, sailing, houseboats & speedboats are second to none. Travelling up the Clyde River and passing the heritage Nelligen village towards the fresh water at Shallow Crossing, makes a beautiful clear water trip.

Our Branch Office is situated in close proximity to both Sydney and Newcastle, Wyong is a beautiful seaside township on the NSW Central Coast. Explore the Yarramalong Valley, venture into the exciting TreeTop Adventure Park, enjoy camping and bushwalking in Munmorah State Recreation area. Or take the family boating, fishing or water-skiing in the beautiful Tuggerah Lakes precinct.

The surrounding beaches and towns of Chittaway, Long Jetty, The Entrance and Bateau Bay also offer more outdoor activities on the idyllic waters of Tuggerah Lake. Explore the many family-friendly and surf beaches in the region, including the rugged coastline of the Mummorah State Conversation Area.

Beaches and Bush Lifestyle Properties aims to be your one-stop shop for all your real estate needs Australia-wide.

Property of The Week

Just Imagine…. We are proud to present and offer an opportunity to purchase a ‘Brand New...Read More→ 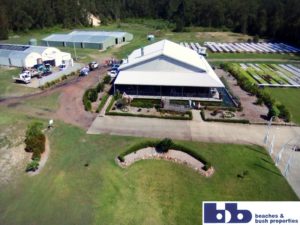 This home is a must see, well presented and easy living for so many reasons. Easy...Read More→